Twilight of the Idols

The nineteenth-century philosopher Friedrich Nietzsche is famous for his declaration that “God is dead.” That brief dictum does not give the whole story. According to Nietzsche, the cause of the Deity’s demise was compassion. He said, “God is dead; He died of pity.” But before the God who was the God of Judeo-Christianity perished, Nietzsche said that there were a multitude of deities who existed, such as those who resided on Mount Olympus. That is, at one time there was a plurality of gods. All of the rest of the gods perished when one day the Jewish God, Yahweh, stood up in their assembly and said, “Thou shalt have no other gods before me.” Hearing this, according to Nietzsche’s satirical summary, all of the rest of the gods and goddesses died. They died of laughter.

In our day, where pluralism reigns in the culture, there is as much satirical hostility to the idea of one God as there was in Nietzsche’s satire. But today, that repugnance to monotheism is not a laughing matter. In the culture of pluralism, the chief virtue is toleration, which is the notion that all religious views are to be tolerated, all political views are to be tolerated. The only thing that cannot be tolerated is a claim to exclusivity. There is a built-in, inherent antipathy towards all claims of exclusivity. To say that there is one God is repulsive to the pluralists. To say that one God has not revealed Himself by a plurality of avatars in history is also repugnant. A single God with an only begotten Son is a deity who adds insult to injury by claiming an exclusive Son. There cannot be only one Mediator between man and God. There must be many according to pluralists today. It is equally a truism among pluralists that if there is one way to God, there must be many ways to God, and certainly it cannot be accepted that there is only one way. The exclusive claims of Christianity in terms of God, in terms of Christ, in terms of salvation, cannot live in peaceful coexistence with pluralists.

Beyond the question of the existence of God and of His Son, and of a singular way of salvation, there is also a rejection of any claim to having or possessing an exclusive source of divine revelation. At the time of the Reformation, the so-called solas of the Reformation were asserted. It was said that justification is by faith alone (sola fide), that it is through Christ alone (solus Christus), that it is through grace alone (sola gratia), and that it is for God’s glory alone (soli Deo gloria). But perhaps most repugnant to the modern pluralist is the exclusive claim of sola Scriptura. The idea of sola Scriptura is that there is only one written source of divine revelation, which can never be placed on a parallel status with confessional statements, creeds, or the traditions of the church. Scripture alone has the authority to bind the conscience precisely because only Scripture is the written revelation of almighty God. The implications of sola Scriptura for pluralism are many. Not the least of them is this: It carries a fundamental denial of the revelatory character of all other religious books. An advocate of sola Scriptura does not believe that God’s revealed Word is found in the Bible and in the Book of Mormon, the Bible and in the Koran, the Bible and in the Upanishads, the Bible and in the Bhagavad Gita; rather, the Christian faith stands on the singular and exclusive claim that the Bible and the Bible alone is God’s written word.

The motto of the United States is e pluribus unum. However, since the rise of the ideology of pluralism, the real Unum of that motto has been ripped from its foundation. What drives pluralism is the philosophical antecedent of relativism. All truth is relative; therefore, no one idea or source can be seen as having any kind of supremacy. Built into our law system is the idea of the equal toleration under the law of all religions. It is a short step in people’s thinking from equal toleration under the law to equal validity. The principle that all religions should be treated equally under the law and have equal rights does not carry with it the necessary inference that therefore all religions are valid. Even a cursory, comparative examination of the world’s religions reveals points of radical contradiction among them, and unless one is prepared to affirm the equal truth of contradictories, one must not be able to embrace this fallacious assumption.

Sadly, with a philosophy of relativism and a philosophy of pluralism, the science of logic doesn’t matter. Logic is escorted to the door and is firmly booted out of the house onto the street. There is no room for logic in any system of pluralism and relativism. Indeed, it’s a misnomer to call either a system, because it is the idea of a consistent, coherent view of truth that is unacceptable to the pluralist. The fact that people reject exclusive claims to truth does not invalidate those claims. It is the Christian’s duty to hold firm to the uniqueness of God and of His Christ and not compromise with the advocates of pluralism. 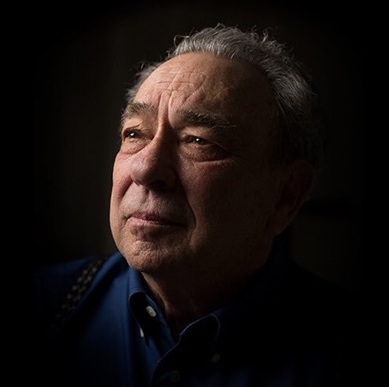 Dr. R. C. Sproul (1939-2017) was the founder and chairman of Ligonier Ministries and the author of more than seventy books including The Holiness of God, Chosen by God, and Everyone's a Theologian. He also served as general editor of the Reformation Study Bible.
Bałwochwalstwo Równość Tolerancja Pluralizm Sola Scriptura Pismo Święte Fryderyk Nietzsche Relatywizm Ekskluzywizm